Happiness with a Dark Grim German media proclaimed author Sibylle Berg scandalous and the book an ultimate success. The thing looked totally different in Poland where the book had a limited print run and editions. Oh well, as one said You don't discuss tastes.

I likes the book, and I liked it a lot. Berg's novel portrays life-cuttings of several characters not connected with each other (at first sight) but in fact being at the same life dead end and seeking for some affection, sexual fulfillment and emotions what leads to dramatic actions and events and death.

Some reviewers critiqued the book's plot and language. It was dark, depressing, simple, in a kind of post-modern style and very plane - all true. But for me all those characters were assets building the noir atmosphere and unusual tension of told stories. So I won't agree with anyone who claims Berg's book is hopeless and a lost case.

If the book evokes some kind of emotions (good or bad - no matter), it cannot be useless. It's as simple as that for me. And this book is definitely "emotion-evoker". 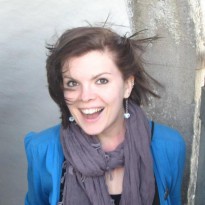